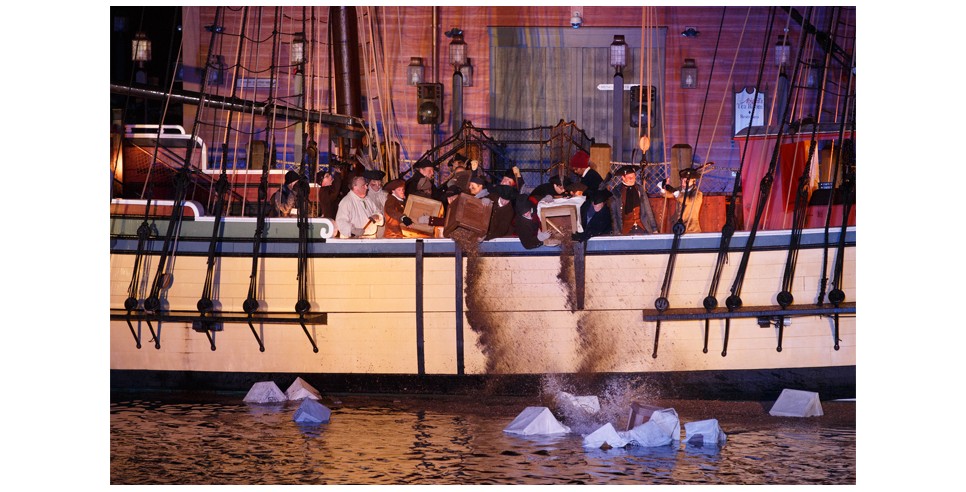 When it comes to food, Boston may be known as land of the bean and the cod, but a certain beverage also plays a major role in this city’s history.

In December of 1773, Colonial Patriots dressed as Native Americans and, in an act of treasonous protest against the King of England, dumped what they saw as overtaxed tea into Boston Harbor. Some say the Harbor has not recovered yet! Even so, the event was a pivotal precursor of the larger Revolution to come.

On December 16, 2016, the East India Company – the same company that produced and shipped the fateful tea all those years ago – will send another 220 pounds of (expired) tea to the New World for one of the largest dramatic reenactments ever staged – a full-scale replay of the original Tea Party (www.december16.org). The evening will kick off just as it did all those decades ago with a fiery debate in the historic Old South Meeting House. Once the assembled have decided to revolt, the Party will proceed down the same historic streets to Boston's equally historic waterfront, where the Sons of Liberty will head to the Boston Tea Party Ship and Museum (www.bostonteapartyship.com) and commence to dispense with the taxed tea.

To enhance the celebration of our ancestors’ consternation, area eateries will be adding their own flavor to the tea and offering special beverages and treats that recall the past and taster just as grand today. Among the participants will be RumBa (www.intercontinentalboston.com/dining/rumba.aspx) and The Barking Crab (http://barkingcrab.com) both of which overlook the site of the original party and the historically-accurate ship that now stands in the spot, as well as Avery Bar at the Ritz Carlton Hotel (www.ritzcarlton.com/en/hotels/boston/dining/avery-bar), the growing armada of Bon Me trucks and restaurants (www.bonmetruck.com), and, in special acts of Revolutionary recognition, there will also be involvement from both the historically named Revere Hotel (www.reverehotel.com) and the French-inspired Bastille Kitchen (http://bastillekitchen.net), which is named for the site of that nation’s pivotal provocation. For those who prefer other beverages, Blue State Coffee (http://bluestatecoffee.com) will offer a special blend in many New England stores and Harpoon Brewery (www.harpoonbrewery.com) will release a special Boston Tea Party Ale infused with real tea. There will even be an entire prix fixe meal available at the nearby Atlantic Wharf outpost of Smith & Wollensky (www.smithandwollensky.com/our-restaurants/boston-atlantic-wharf/) featuring patriot Sam Adams’ eponymous lager.

So whether you like tea, historical reenactment, or just great food and drink, the Tea Party will be a great party for all.