Record Store Day: the Most Improbable Comeback of the 21st Century 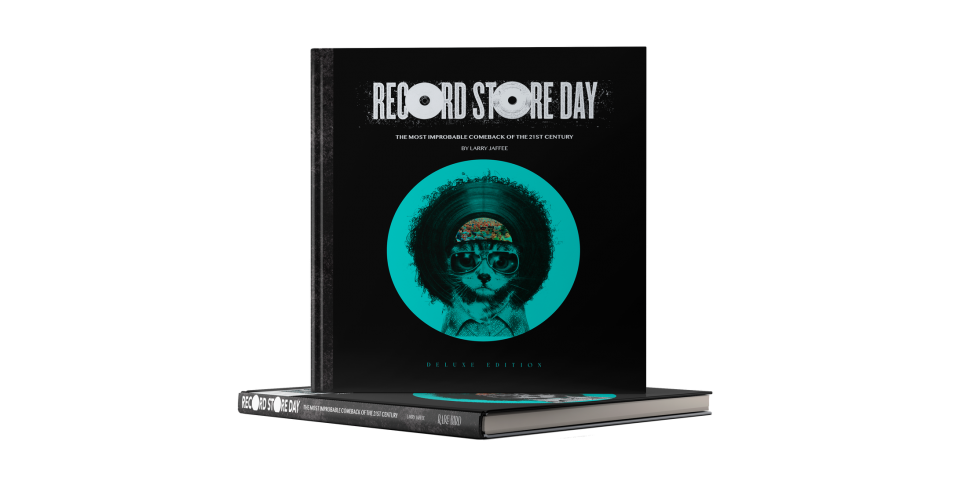 My daughter Sarah was born in 1993, two years after the Billboard Headline of May 11, 1991 “The LP’s Passage to Oblivion.” The article in Billboard signaled the death knell for vinyl. This past Spring when I visited Sarah in her apartment, located directly across from the University of Washington campus in Seattle, she asked me if I wanted to listen to music. Much to my astonishment, she had a collection of vinyl records by Indigo De Souza, Radiohead, Lianne La Havas, and Michael Jackson, just to name a few. She carefully pulled out a record from its album cover, placed it on the turntable, and dropped the needle.

Sarah’s affection for vinyl has nothing to do with me. I tossed away my vinyl records long ago when I traveled across the country in a Chevy Impala to See America. Sarah did not grow up with vinyl records. She came of age when CDs were beginning to fade and digital delivery replaced the traditional entertainment vehicles for books, movies, and, of course, music. Against all odds, vinyl has risen from the dead and is now thriving.

Larry Jaffee’s new book, Record Store Day: the Most Improbable Comeback of the 21st Century, sheds light on how vinyl records were rescued from a certain death.  One astute observer, Gerhard Blum, Sony Music Entertainments Senior Vice President, Distribution and Supply Chain International, offered his comments about the resurrection of vinyl: “I saw it dying. I saw it dead. And I saw it coming out of the grave, rising from the ashes, like the whole Phoenix cycle…No one in the industry can get enough vinyl right now.”

Blum’s observation is only one voice among many cited in Record Store Day, a story that reveals how the creation of the inaugural event Record Store Day, first held in April, 2008, revolutionized the music industry. A fascinating litany of musical artists, the owners of indie record stores, music industry pundits, and the original founders of the Record Store Day event provide compelling narrative about how the vinyl record industry built a solid community-of-interest. This coalition is what produced the world’s largest annual music event: Record Store Day. Initially the players and pieces that came together grew from a grassroots movement of local record stores but evolved internationally to include record stores in France, UK, Netherlands, Spain, Germany, Austria and Switzerland. It is noteworthy that the coalition was strong enough for the event to endure the 2020 pandemic and to thrive in its aftermath.

One reason why the Record Store Day event became so powerful in the music industry is because its impact resulted in a financial windfall—musical artists, the owners of indie record stores, music industry executives and record companies, even very small record companies—everyone made money.  Here are some numbers. In 2012 vinyl  represented 2.4% of the physical music business. By 2019 Nielsen Music forecasted that vinyl was trending at 24% of the physical business. Latest data in (pre-pandemic) in 2020 by the Record Industry association of America (RIAA) reported that vinyl grew 28.7% to $626 million, more than the revenue that came in for CDs. There is also the frank suggestion that the increasing number of sales for vinyl is severely underreported, indicating that the resurgence in the industry is even more robust than previously acknowledged.

The Record Store Day event became more than the passing fancy of a one-day, annual celebration of indie record stores, but encompassed the many thousands who became responsible for the resurgence in vinyl and as a result reaped benefit from its extraordinary uptick in sales.  The Record Store Day book does a great P.R. job for the vinyl industry in more ways than just rounding up the numbers. Record Store Day also offers plenty of sage business advice for record store owners as well as solid data that can be used to support entrepreneurs, business owners, music industry number crunchers and other music business ventures.

Essentially when you talk about vinyl records, there is always the reality of creating a genuine community of music lovers. Compelling industry commentary is given by the legion of 1,400+ record stores who are making a difference in their respective communities. The indie record store has spanned several generations to become legendary in its own time. Many of the top-tier musical artists who contributed to this book speak of their early record store experiences and the profound impact they had on the road to becoming an artist. I’m not going to name names, you’ll just have to sift through it.

The Indie Record Store is a community where the people selling music really care about what they are selling. It’s also the place where people share the latest music news and hang out just to talk about music. The people who frequent record stores are the same people who are the audience for this book: aging hipsters, lovers of vinyl and other music-loving freaks, including fans who want to know what their favorite artists said about vinyl; vinyl collectors who are obsessed with buying more vinyl than they bargained for, hoarding for both love and money. Record Store Day: the Most Improbable Comeback of the 21st Century holds vast appeal to record collectors who are willing to stand in line to snap up limited-edition collectibles on vinyl.

A quick tour of the history of records takes us from Thomas Edison’s phonograph and Emile Berliner’s gramophone through to vinyl records and early record players, cassette tapes, and the first digital delivery of music via Napster. Napster was shut after a wave of copyright infringement cases were brought by the music industry against this popular music swapping website. A couple of generations of music lovers have come and gone without listening to vinyl on record players. A survey of 1200 high school kids is cited in which not one had ever been in a real record shop. And yet there is a new wave of young people, like my daughter Sarah, who are increasingly enamored with vinyl.

Rob Roth owner of Vintage Vinyl in Fords, New Jersey speaks of the reverence and awe attached to the ritual of playing vinyl: taking the record out of its sleeve, carefully placing it on the turntable, dropping the needle and locking it into its groove. Holding vinyl in our hands is a visceral sensation, a sensitive and caring thing to do. An unparalleled ritual is an unparalleled moment in time—it slows us down and makes us pay attention.

Vinyl is emblematic of a time in our culture when we used to get together for large live concerts and musicians jammed together in person instead of playing in their respective silos, so their tracks can be digitally assembled. There is still a hunger for what we can see and feel and touch and hold onto for all time. And there will always be a hunger for community—vinyl gives us a chance at that. I think I’ll amble over to Easy Street Records in Seattle to check out what they have in stock. Buying vinyl makes a great gift for someone like my daughter Sarah. Her birthday is coming up soon. I know why she feels a moment of reverence for wanting to play her own records on a turntable. Long ago, I used to feel the same way. Can you dig it?


About the Author Larry Jaffee
Larry Jaffee (larryjaffee.com) has a long history of writing about vinyl in a wide range of publications, including New York Times and Rolling Stone and is the co-founder of Making Vinyl, a B2B conference celebrating the global rebirth of vinyl manufacturing.