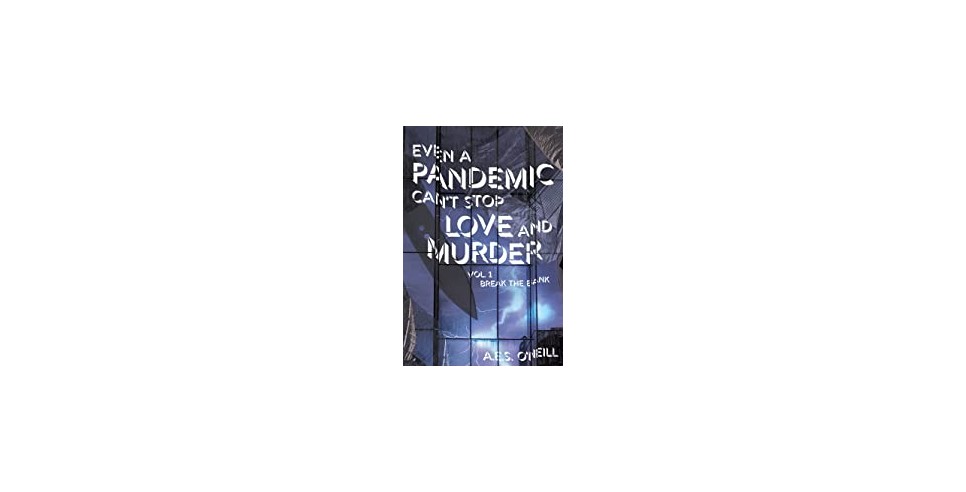 Vol. 1: Break the Bank, first in the series Even a Pandemic Can’t Stop Love & Murder, is streamlined, exciting, and has super-smooth transitions, even when the story’s protagonist, Alby O’Brien, has a flash from the past. Alby O’Brien did a stint working as a contractor in Iraq. When Ahmed, an Iraqi electrical engineer, and his sister Aliya are murdered, Alby O’Brien is booted out of Iraq. He thought Ahmed was his friend, and the beautiful Aliya was almost his girlfriend. He’s left wondering if they were really his friends or were duping him to wipe out an American energy installation.

The American military operatives who hired Alby in Iraq aren’t nice guys. Alby is ordered to lose himself in his old stomping ground in South New Jersey. For Alby it’s a real come down. He’s been on a losing streak for years. He’s soon embroiled in a bank theft, which isn’t earth shattering, but in this case the bank is owned by the mob. From Iraq to the real battleground of Camden, New Jersey, Alby does his best to stay alive while a trail of bodies mounts in his wake. Camden takes on a life of its own as a ghetto town full of desperate characters and noisy despair.

Funny and irreverent, with an I-don’t-give-a-shit-attitude, Alby O’Brien is a working-class guy who has had a lot of bad breaks in life. He might be an unlikely character to root for, but you can feel his failures and disappointments beneath his tough exterior, and you want him to win. Alby has a list of cardinal rules that govern his life, like never work with family, a rule which he immediately breaks by working with his sister’s only son, Stephen. Before long Alby breaks all of his rules, including never fall in love.

New love interest red-headed Ginger is a dance instructor, going for the one-two knockout punch. When she’s not dancing or waiting tables at a couple of roadside diners, she’s teaching Alby to dance. You’ll learn a thing or two about Fred Astaire and Ginger Rogers!

Alby needs all of the help he can get to deal with a nasty crew of characters who are willing to take on the worst jobs imaginable to make a quick buck. Authentic Jersey dialogue lends credibility to a cast of characters who have a strong dose of emotional complexity. Lucky, Darnell and Chance, Delarosa and his crew, are all bad guys but not nearly as bad as Jagger, the hit man who kills with surgical precision.

The author pays attention to the smallest details to create an intricate, tightly woven plot that keeps the story moving at breakneck speed, especially when a Nor’easter is looming in the background. This debut novel is undoubtedly of significantly higher quality than many of the books currently being cranked out by seasoned thriller writers. Alby O’ Brien will have no trouble holding his own among Lee Child’s Jack Reacher and Vince Flynn’s Mitch Rapp.

Great thrillers dish up characters who embody the highest level of human potential—Alby might call himself a loser, but he really is a hero, and able to crush obstacles that would overwhelm an ordinary individual. It’s great to have a working-class hero step into the spotlight during a time when we need more guys who can stand up for themselves in a world that is unfair and rigged against them.

Even a Pandemic Can’t Stop Love & Murder Vol. 1: Break the Bank will soon be available as an audiobook. Stay tuned for Two subsequent volumes in the Even a Pandemic series—Paying the Price and Checking Out—are soon to come. www.evenapandemic.com.