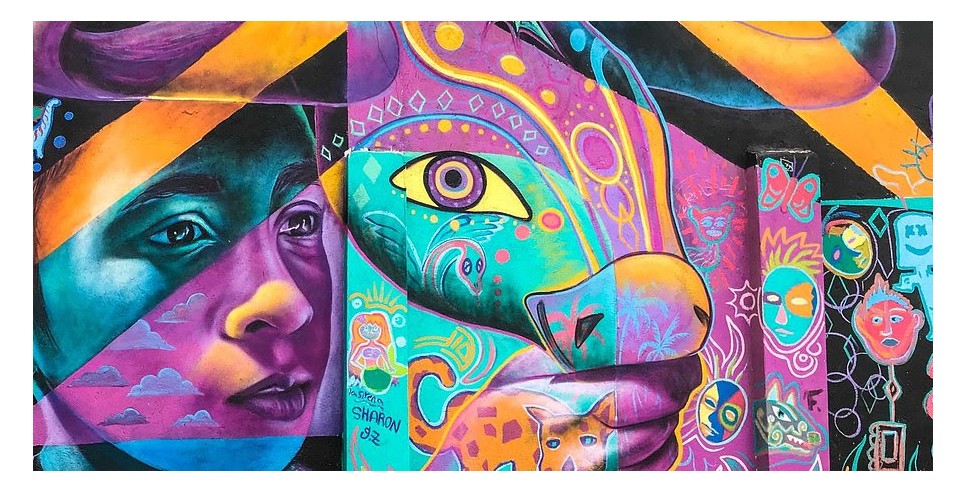 Artolution will begin its latest New York City mural and performance project in a prominent East Village location with youth who are currently seeking asylum in the United States after fleeing violence and conflict in Central and South America. The mural will be brought to life via Augmented Reality (AR) technology, highlighting the stories of the youth, their life struggles and their dreams for the future in an innovative way that allows the viewer to interact with the artwork. This will be the world’s first AR mural created with youth.

16 teenagers will spend one month working with Artolution artists to design and paint a large-scale public mural that reflects on their experiences. The mural will be accompanied by a theatrical and dance performance created by the youth, which they will present to the community during the closing event on July 19. Through the arts and technology, these young people will have the opportunity to share the human stories behind an issue that is often seen only through the lens of divisive politics.

The project will provide an educational and creative experience for this group of young asylum-seekers. They will explore their experiences of fleeing conflict, arriving in an unfamiliar country, and their journey adapting and surviving in a new environment. These youth are clients of the non-profit organization KIND (Kids in Need of Defense), which provides pro-bono legal services to children seeking asylum in the US.

Beyond the Wall is being led by Artolution’s Co-Founder/ Co-Director and muralist Joel Bergner, and performance artists CJ Thomas, Rosemary Koesling and Akil Apollo Davis. The location for the mural is the outside wall of the Key Food supermarket on the corner of Avenue A and 4th Street in Manhattan.

​The LA and Seattle based creative and digital company We Are Royale is thrilled to be the digital partner on this exciting initiative. We Are Royale will design and build the AR app and collaborate directly with the youth to translate their character designs into animations, which will then be brought to life through the AR experience. Visitors will simply hold their smartphones up to view the mural and the animation will begin playing on their screens. The characters in the artwork will emerge from the wall, moving and dancing in a way that reflects the youth performance. The AR element will be launched during a public event in August.

Artolution is an international, community-based public art organization based in New York City. Artolution seeks to ignite social change through collaborative art-making, bringing together diverse communities in the face of conflict and social exclusion in order to address the trauma and challenges that they face. Artolution addresses critical issues related to armed conflict, trauma and social marginalization through sustainable, locally-led public art programs in refugee camps and underserved communities around the globe.

Re-Published as a Courtesy to Artolution.