We live in a time when information abounds, a moment away courtesy of the ability to open a phone or tablet and look something up at a moment’s notice. With voice commands you can even do this while driving. You can also ask Amazon Echo or Alexa or Google Home to look something up while you go about your business at home. But is that what makes for happiness and joy, or is it just satisfaction?  And when a generation is accustomed to these tools, will it become purely expectation, and thus, nothing special at all?

Digital tools, ubiquitous connectivity, a plethora of devices, what seems like an app or a tool for everything, make it seem as though there is Digital Strategy for life itself.  So how, we ask, does that bring about happiness, joy, fulfillment?

With digital, actually, It has been an evolutionary process. Early on in computing there was email and sharing of files. The scientists who developed the Internet took tremendous joy in the ability to exchange electronic messaging (now we call that email) and documents (now we call that file sharing or attaching documents). It was new, revolutionary, and eliminated distance and the high costs of telephone calls or postage to communications.

The early commercial days of email, chatrooms and forums and groups took place on CompuServe. It began in1969, and brought together people far and wide.  BOFs, “Birds of a Feather” groups formed.  Suddenly the Internet, via CompuServe, enabled men, women, and children from all corners of the globe to create groups and enjoy online discussion or, more so, forums in which messages were posted. Threads of discussion followed, and the birth of asynchronous online communication occurred. Friendships were made. The very earliest online dating services emerged via CompuServe.  A teenager working as a CompuServe SysOp (Systems Operator) back in the early 1970s went on to become a lawyer specializing in Intellectual Property, a noted author, and the head of a department at Harvard Law.  CompuServe brought not only digital joy, it created opportunity and paved the way for digital growth and goodness.

It might be said that CompuServe, and its imitator and earliest competitor, Protégé, were the earliest online social networks.  Early on in these services it became apparent that “the long tail” found a place to gather.  There are many descriptions and definitions of the long tail. For our purposes, we will use it to symbolize the gathering of disparate people with a common interest, be that geographic or by age or other peculiarities.  They can be a teenager in Botswana, a senior citizen in Australia, a middle aged man or woman in Hawaii, a cop in Chicago, a rap musician in Little Rock, a schoolteacher in Ottawa, a long distance runner in Jakarta.  What they had in common was a common interest. Threaded discussion kept them in a CompuServe Forum, and discussion would abound.  They might never see each other, or they might share photos or graphic images of the subject of common interest.

I went on Facebook, Twitter, and email, to ask friends, colleagues, clients and my social and professional networks to tell me what brought them happiness or joy, associated with the digital world, or connectivity, being online, or their devices.  The results were very interesting.  Here’s a sampling.

An accomplished and acclaimed programmer (you probably take advantage of software he’s written. Every month, maybe every week, or every day) had this to say:

• “What makes me happy? The joy of seeing a finely written algorithm take fight and soar on its own. The joy of touching a screen and seeing the world, or at least, a room, light up.”

A friend living an hour and half by car from San Francisco took a large picture look at things, and the thought of how online car services and other systems brought happiness and improved the quality of his life:

• “New connectivity online tools have certainly helped facilitate some joyous occasions. Uber was life-changing. It’s probably difficult for people that live in a city with a functioning taxi system to understand what a giant shift Uber was in the Bay Area. I had stopped going out in San Francisco because trying to get a cab after the event made the whole experience not fun and not worth it. Uber gave that part of my life back to me. The other big ones for me are nav-systems, stub-hub, and couch-tour. Those have all helped make my life more joyous.”

A woman who is a serial entrepreneur, always on line and always working in the digital world, had a very refreshing take on the question:

• “I’ve spend a huge chunk of my life tied to a computer so it’s only fitting that it brought me my husband. Via j-date. I hear it’s now called J swipe, which I find hilarious!”

A marketing executive who takes care of an aging parent offered this:

• “More than happiness or joy, what it gives me is Convenience: being able to handle my mother’s finances remotely. Also, telecommuting; being able to give out only one phone number; blocking tracking cookies; asynchronous communications with friends; access information and entertainment on my schedule; an archive; and hopefully soon, proper telemedicine.  I’m in charge of my time, my access, and the world’s access to me.”

A global traveler who recently relocated had this to say:

• “Facebook! When you move from a metropolis to smaller city, it can be hard to feel vital, outside of your hobbies. Facebook keeps me sane and happy. With it I can keep tabs on people, and the groups I’m in.  I’ve made friends on Facebook groups; I think Facebook groups have replaced online forums. Facebook has become community. That brings me great joy, great happiness.”

• “The NY Times crossword puzzle! I used to live in NY, I did it every day in the newspaper. It was a daily joy.  I moved from NY, and back then a relative copied it and sent it, a pack of the week’s puzzles. Then the Times began an online subscription service for the puzzles.  Now via the net, the puzzle is again mine to do every day.  And whenever I want, whatever time of day.  This brings me continued joy. And it’s a part of New York City, where I was born, like it’s not left behind.”

This fellow’s response summed up in one fell swoop what a lot of people had to say, in shorter replies:

• ”With my tablet or my phone Ebooks bring me joy as they fill the hours I’m driving or when I’m handling mundane tasks around the house. Then I can easily switch to a music app. It has made photo communication extraordinarily easy and fun. It’s really delightful not missing anything my grandkids do and say.”

With a slightly contrarian view came this response:

• “I love Facebook. I don’t share very much personal information, but I find it a great place to connect more with people who are almost-friends who I may see very rarely in real life, post and discuss links to interesting articles, and share interests with groups of like-minded hobbyists. I don’t know if it’s my curation, or my friends (almost all of whom I’ve actually met in real life), or what, but my newsfeed seems almost entirely free of the toxicity that seems to plague many other people.”

Very often the reply was not so much joy and happiness, but comfort and a sense of safety was the answer, a common theme.  Many women spoke of having their cell phone on as they would walk home, or to their car at night, talking to someone so they would feel safe.  And so someone would know exactly where they were.  One person spoke of having a bike accident on a forest trail, and being fortunate that another person on the trail was able to summon an ambulance and to contact his wife to meet him at the hospital.   Also discussed as less happiness but a source of security, of convenience and comfort, was having one’s calendar, one’s contacts, access to banking or shopping tools, texting or phone or email, on one’s person at all times.

Connectivity can mean never really being alone.  A friend or relative, a contact or support, is always a few taps away.  A website or the news or a sporting event or recap of the day’s sports, or a movie or replay of a TV show is often, if not always, available.  While not always something that makes people happy, it does make people feel comfortable, safe and secure.

Maintaining contact is a major source of joy expressed by many.  Relatives, old friends, schoolmates, work friends from past jobs -- connectivity enables continued communication.  The Digital Strategy for Happiness would seem simple: keep a connected device on your person. A phone, a tablet, a digital watch, and you’re in touch with the world.  And that can bring you safety, entertainment, travel, and all the information you could possibly want.

Dean Landsman is a NYC-based Digital Strategist who writes a monthly column for PR for People “The Connector.” 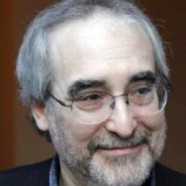