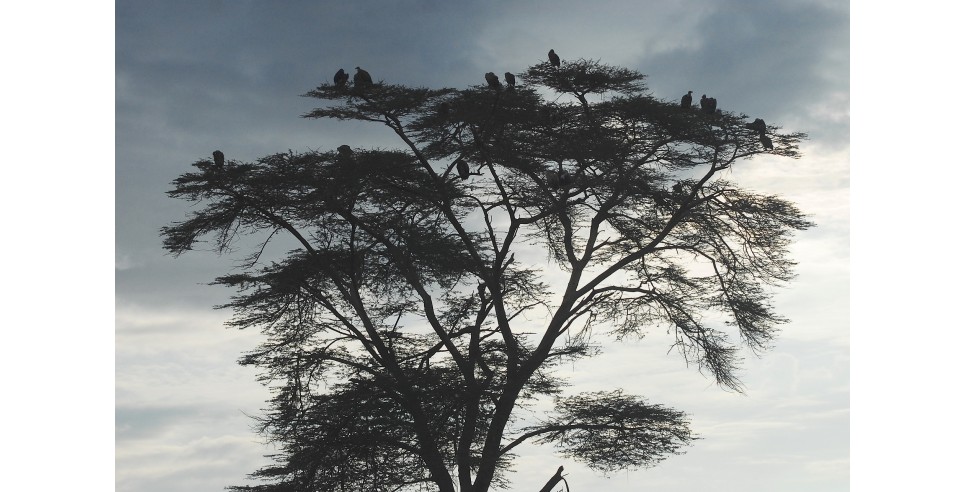 A sea of change is currently underway in our understanding of the evolutionary process, including especially our way of defining the core concept of natural selection.

My whimsical title – taken from an old TV commercial that promoted the drinking of orange juice – is intended to highlight a sea change that is currently underway in our understanding of the evolutionary process, and in our way of defining the core concept of natural selection.  Here is a very brief summary.

The traditional view of evolution, dating back to Darwin himself, is that it is driven by a ruthlessly competitive “struggle for existence” (in Darwin’s catchphrase), with natural selection being the “decider” among the various contestants.  According to the standard textbook definition, natural selection is focused on the “differential survival and reproduction” of individual organisms, and their genes.  Darwin also initiated the practice of treating natural selection as though it were an external selecting “agent” or “mechanism” out there in the environment somewhere.  (It’s well known that the inspiration for Darwin’s idea was artificial selection – the techniques used by plant and animal breeders to re-shape a species to their liking.)  As Darwin expressed it in The Origin of Species:

Natural selection is daily and hourly scrutinizing throughout the world, every variation, even the slightest; rejecting that which is bad, preserving and adding up all that is good; silently and insensibly working, whenever and wherever the opportunity offers, at the improvement of each organic being in relation to its organic and inorganic conditions of life.

Modern-day evolutionists are also prone to personify, or “reify” natural selection, treating it as if it were an active selecting agent, or literally some kind of external force.  “By what force [his italics] of evolutionary dynamics,” asks the distinguished biologist Edward O. Wilson in his popular book The Social Conquest of Earth, “did our lineage thread its way through the evolutionary maze?” Wilson’s answer: “Natural selection, not design, was the force that threaded this needle.”

The basic problem with this formulation is that it masks and obscures the underlying causal dynamics.   In fact, natural selection does not do anything.  And it’s certainly not a “force”.  Nothing is ever actively “selected” (with the limited exceptions of sexual selection in reproduction, some predator-prey interactions, and the like).  The term “natural selection” is actually only a metaphor, a placeholder for whatever specific factors – internal, external, or both – are responsible for causing differential survival in a given environment (as Darwin himself acknowledged elsewhere in his famous book).

Moreover, it is now abundantly evident that natural selection is not just focused on the differences between individual organisms and their genes but also on symbiotic partnerships like lichens, cooperative social groups, interbreeding populations, even entire ecosystems – in other words, any defined, interdependent biological “system”.  Indeed, natural selection very often favors cooperation of various kinds, whenever it is mutually beneficial.

In any case, the “location” of natural selection is the relationships and interactions within and between living systems and their environments, inclusive of other organisms, and the consequences of these interactions for differential survival.  A striking example can be seen in new report on blue whales.  It seems their huge size is a combined product of a very efficient physiological trait (filter feeding) and an abundance of concentrated small prey that can be efficiently harvested (an ecological opportunity).

Another example, close to home (for me), illustrates the major role of behavior in shaping natural selection and evolution.  In the rainforest of the Olympic National Park, in the state of Washington, there is intense competition among the towering evergreen trees that crowd the forest canopy.  The hemlocks produce the most seeds by far and are the best adapted to growing in the competitive, low sunlight conditions of the park.  However, it’s the Sitka spruce that dominate, and the reason is that the many Roosevelt elk in the park feed heavily on young hemlock trees but do not feed on the Sitka spruce.  So, it’s the food preferences of the elk that are the proximate cause of differential survival among the hemlock and spruce trees.

To repeat, it is the organism-environment relationship that is the key to understanding natural selection, and there are many – often conflicting – sources of evolutionary continuity and change in the natural world.  To use a hypothetical example, imagine that a particular species of birds may be increasing in numbers relative to an adjacent competitor species, because they have bigger, stronger beaks that aid them in their feeding behaviours (positive individual selection).  Yet, at the same time, their absolute numbers are gradually declining, because all of the bird species in the region are being impacted by expanding human populations and shrinking ecosystems (ecological or population selection).

Humankind has, in fact, become an important cause of natural selection over time, in many different ways. Ecologist Menno Schilthuizen argues that today “human actions are the world’s single most influential ecological force.”  Likewise, consider how the massive asteroid “Chicxulub” impacted the Earth some 66 million years ago, producing a huge “extinction event” that wiped out the dinosaurs and about three-quarters of all the other living species at that time. That, too, was a case of natural selection.

In sum, the individualistic, gene-centered, competitive model of natural selection and evolution has tended to constrict and distort our understanding of the many different sources of causation in the natural world and the multi-level dynamics of the evolutionary process.  It is like looking into a very large room through a small keyhole.  We can see only a small portion of what is inside.  If we adopt a more inclusive model of natural selection, we will then be able to view the entire room.