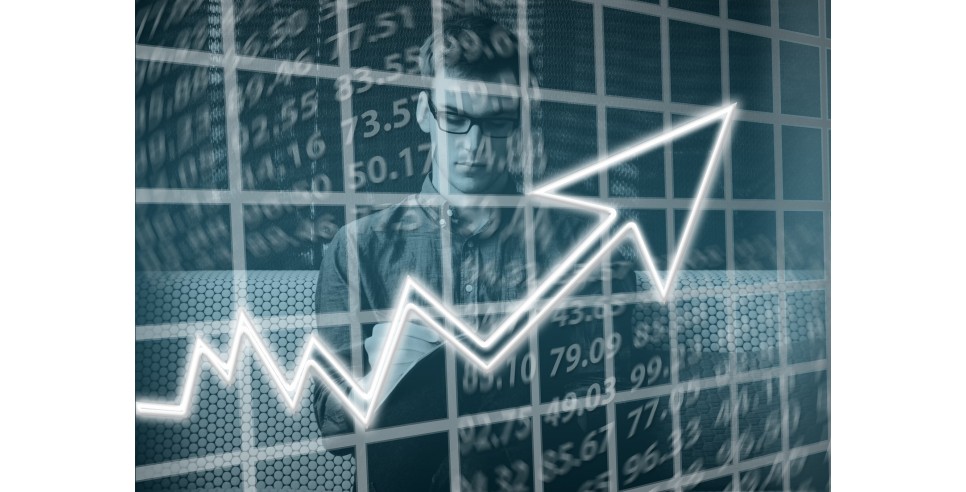 Ideologies serve to rationalize and legitimize our economic and political actions, and they can exert a significant influence over the character of our economic systems and our societies.  Consider such ideological museum pieces as the divine right of kings, or the communist model of radical social equality and the abolition of private property, or the supposed racial purity and superiority of the Aryan “master race” in Nazi Germany.  (Unfortunately, the latter notion still inspires a dangerous fringe constituency.)

Or consider the epic political struggle between capitalism and socialism in the nineteenth and twentieth centuries.  Capitalism is rooted in the idea that private citizens should own and control the “means of production” in a society.  The modern version of socialism (there have been a number of variations over time) has held that governments, on behalf of the citizenry, should be the owners/controllers of the economy in the public interest.  On the whole, capitalism has prevailed in this ideological (and political) contest.  But now there is an equally significant conflict underway between two radically different models of capitalism, and the outcome could be a game-changer for liberal democratic societies.

To understand what is at stake, we need to start with some biological fundamentals:  What is the purpose of an organized society, and an economy?  To a biologist, the basic, continuing, inescapable challenge for all living organisms is survival and reproduction.  Life is quintessentially a “survival enterprise,” and every organized cooperative society, whether it be in social insects or humankind, is at bottom a “collective survival enterprise.”  The fundamental purpose of a human society, therefore, is to provide for the basic biological needs of its members, and of the society as a whole over time.  Biological survival is a prerequisite for any other, more exalted objectives.  Our basic survival needs – some 14 in all – define what should be the priorities for every human society, and they lie at the core of what we mean by the “common good” and the “public interest.”

In the classic, idealized capitalist model, however, an organized society is viewed as being fundamentally a marketplace where goods and services are exchanged in arms-length transactions among autonomous individual “purveyors” who are independently pursuing their own narrow self-interests.  Our relationships to one another are strictly contractual.  This hypothetical model is in turn supported by the assumption that our motivations can be reduced to the efficient pursuit of our varied individual “tastes and preferences” – as the economists like to say.   A corollary of this is that there should be an unrestrained right to private property and the accumulation of wealth, because (in theory) this will aggregate the capital needed for further economic growth and will ultimately benefit society as a whole.  The foundational expression of this model, quoted in virtually every introductory Economics 101 textbook, is Adam Smith’s “invisible hand” metaphor in The Wealth of Nations (1776).  As Smith explained: “By pursuing his own self-interest… [a man] frequently promotes that of the society more effectively than when he really intends to promote it.”

The pioneering economists who followed in Adam Smith’s footsteps in the nineteenth century embellished his core vision in various ways.  One of the most important of these early economists, Léon Walras, claimed that the forces of economic supply and demand, if left alone, would work to ensure the efficient use of resources, full employment, and a “general equilibrium.”  In other words, competitive free markets can be depended upon to be self-organizing, and self-correcting, and will ultimately produce the “greatest good for the greatest number” -- the Holy Grail of classical utilitarian political theory.  In other words, unrestrained personal selfishness will also (magically) serve the common good.

The modern-day version of this model, commonly known as “shareholder capitalism,” informally dates from a landmark article in 1970 by the Nobel Prize winning University of Chicago economist Milton Friedman, who went a giant step beyond the basic capitalist model.  “There is one and only social responsibility of businesses,” Friedman declared, “to increase profits.”  Anything else is “unadulterated socialism.”  Capitalism must therefore have a single-minded focus on profits and the interests of shareholders over any other stakeholders, or society as a whole.  Shareholder capitalism even rejects the very idea of a public interest or a common good.  Like its classical predecessor, shareholder capitalism justifies its economic bias by claiming that, in the end, everyone will benefit.  In a modernized update to Adam Smith’s “invisible hand” metaphor, it is said that a rising tide will lift all boats -- or that the benefits will “trickle down.”

As many social critics have stressed over the years, capitalism does not actually work according to this idealized model (sometimes derisively referred to as “utopian capitalism”), and neither do societies.  The achievements of capitalism at its best are undeniable.  An open, innovative, competitive economic system can play a vital role in serving our basic needs, and it excels at rewarding personal and economic achievements.  However, capitalism can also become a rigged game that is far removed from the idealized model of mutually beneficial, win-win exchanges and optimal outcomes for all concerned, much less the principles of equity, or merit.   Among other things, the vast differences among us in wealth, power, and information exert a highly distorting influence in the marketplace, and in our economic and political systems.

In the two decades that followed the famous Friedman article, the ecosystem for American corporations was radically altered by a tidal wave of foreign competition, government deregulation, and the rise of predatory corporate raiders.  Shareholder capitalism gave our large corporations a rationale for outsourcing, undercutting labor unions, squeezing worker wages, reducing fringe benefits, shutting factories, abandoning communities, avoiding taxes, resisting environmental protections, and (in some cases) even opposing the very idea of global warming.  Not to mention polluting the environment and becoming cynical pushers of addictive opioid drugs.  Meanwhile, profits (and stock prices) have skyrocketed.

Needless to say, the combined results have been transformative.  American workers have seen a dramatic decline in their standard of living and quality of life (and economic security) since the 1980’s.  Meanwhile, 95% of the increase in personal incomes in recent years has gone to the top 1% of earners.  The top 10% now take home about half the total national income and own 89% of all publicly traded stocks.  CEO compensation has also ballooned.  In the 1940s, CEO’s averaged some 20 times more income than their workers.  These days, it’s 250-350 times greater, or more.  Meanwhile, our public infrastructure has been deteriorating and our welfare safety net has been seriously weakened.

These outcomes, as well as our growing environmental crisis, have ignited the idea of returning to a more socially responsible model of capitalism.   Although it’s now mostly forgotten, during the first two decades after World War II, when there was still a carry-over of wartime patriotism and a strong sense of community in this country, large American corporations commonly practiced a “good neighbor” policy, and their CEO’s were viewed as “corporate statesmen.”  Managers and boards of directors were highly attuned to maintaining good public relations and keeping their workers happy.   As the chairman of Standard Oil of New Jersey in 1951, Frank Abrams, put it: “The job of management is to maintain an equitable and working balance among the claims of the various directly interested groups… stockholders, employees, customers, and the public at large.”

Today this model goes under the heading of “stakeholder capitalism.”  The basic idea is that everyone who has an interest, or stake in a business firm – managers, workers, sub-contractors, suppliers, customers, shareholders, the government, and, of course, society as a whole – should have an influence (formal or informal) over its governance and behavior – and have a right to receive a fair share of the benefits.   Moreover, an organized society is not simply a marketplace.  It is a vast cooperative effort devoted primarily to meeting the basic needs of its citizens.  The interests of the private sector must ultimately be subordinated to this overarching collective purpose.   Stakeholder capitalism would still provide ample rewards for merit, but this would be outweighed by our obligation to serve the common good.

In a very real sense, stakeholder capitalism splits the difference between classic capitalism and socialism, and it has recently become a hot topic in academic journals, and in the media.  Perhaps most significant, the influential Business Roundtable released a statement a few weeks ago, endorsed by nearly 200 of this country’s leading corporate CEOs, that called for a shift from shareholder capitalism to a “fundamental commitment to all of our stakeholders.”  Another hopeful sign is the recent announcement by Laurence Fink, the CEO of BlackRock – by far the world’s largest investment house, with some $6.3 trillion under management – that henceforth it would require its clients to be socially responsible.  “Society is demanding that companies, both public and private, serve a social purpose," he wrote.

It is worth noting that there has also been some pushback against this idea.  For instance, the influential British business magazine, The Economist, loudly disagreed with the Business Roundtable.  “This new form of collective capitalism [sic] will end up doing more harm than good.  It risks entrenching a class of unaccountable CEOs who lack legitimacy.  And it is a threat to long term prosperity.”  This is in fact a strawman, a caricature, not to mention being flatly wrong.  The post-war era of “corporate statesmen” was one of the most dynamic and fast-growing periods in our history.  It seems The Economist has forgotten about its own customary reliance on “competition” and the marketplace to preserve the vitality capitalism.  A far greater “threat” to our future is our growing environmental crisis and our ever-increasing extremes of wealth and poverty, which can destroy a state.  Plato called it the “war” between the rich and the poor.

Although some large U.S. corporations these days have been voluntarily taking steps to become more stakeholder friendly, the challenge, as many observers have noted, is how to make it work more broadly and effectively.  Stakeholder capitalism is preeminently concerned with changing hearts and minds in the business world.  How do you engineer a change in the management values and boardroom behavior of a large company in a highly competitive marketplace without undermining its efficiency, flexibility, and profits – and its stock prices?  I discuss some of these “how to” issues in my forthcoming new book, Superorganism: A New Social Contract for Our Endangered Species.

To repeat, ideologies matter — a lot.  They create norms, and expectations, and social pressures that can shape our behavior, and our public policies.  Stakeholder capitalism is more than an idea whose time has come.  It’s an idea whose revival is long overdue, and the current alternative looks increasingly perilous.