One of the forty-one libraries in the Hennepin Library System, the Sumner Library is a Carnegie Library that dates back to 1915. Built in a Tudor Revival Style of architecture, the famed brick L-shaped library features coved ceilings and a central tower.  The Library is named for Charles Sumner, who was a U.S. Senator from Massachusetts and a passionate abolitionist. This Minneapolis library has had a long history of serving immigrants. In the early Twentieth Century, the library was a hub for Jewish immigrants. 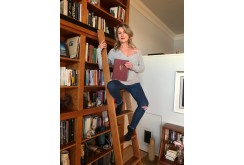 NOTES FROM THE WORKING-CLASS: History Does Matter

The  garbage room in my condo holds more than trash bins. Next to the bin designated for paper a six-foot-tall bookcase sits flush to the wall. People put the books they no longer want on the bookshelf. Most books cycle through and find a home.  Few books stay here forever with the possible exception of Bill Clinton’s memoir My Life. So last week I was astonished to find an old hardcover book stuffed inside a trash bin. It was unthinkable that anyone would throw away a book. 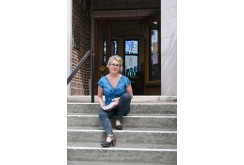 The key to understanding people and the world around us begins with education. One way to learn about the world is by developing a love of books. Each month, we profile a library. Large, small, urban, rural, post-modern, quaint or neo-classic; do you have a library that you love? Tell us about it. This month, Patricia Vaccarino writes about writes about the Queen Anne Branch of the Seattle Public Library. 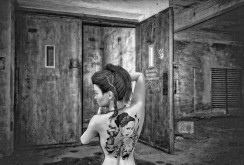