Ten years ago, the historic downtown of Camas, perched at the confluence of the sleepy Washougal and mighty Columbia Rivers in southwestern Washington State, had seen better days. Sixty percent of the storefronts were empty, and the sidewalks may as well have been rolled up every evening. “At nine o-clock at night, nobody came downtown because there was no reason to come,” Rand Thornsley recalled. But in the decade since then, this little mill town has experienced a renaissance. And Thornsley’s Liberty Theatre has been at the core of the revival. The Liberty was constructed in 1927 as the Granada Theatre – a popular art deco icon in the heart of town. But over 80-plus years, there were ups and downs in the economy, the name change to Liberty, and a fire that ravaged the building’s interior. By 2011, the theatre had been dark for a couple of years when Thornsley and his partners invested in it. Thornsley had been operating theatres in Alaska since the 1970s. That he got into that line of work – in Alaska, no less – seems improbable, considering that he grew up in Arizona in a fairly conservative family that didn’t much approve of Hollywood flicks. But the movies he did see – “Old Yeller” and “The Sound of Music” – made an impression. He saw the latter movie at a haphazard screening by a local church – at the end of every reel, the film ran out. ‘That’s why I became a projectionist,” Thornsley says. In high school, he worked at a drive-in, and when he got a call from some theatre owners in Seward to come to work for them, he boarded a flight for Alaska and spent the next 40 years there. He’s seen a lot changes in the industry since then. When he started, the only competition was from television. Then came cable TV and video stores. Now there’s streaming and DVD. The technology in the projectionist’s booth has changed, too. In the early 1970s, only certain movies were released with stereophonic sound. Then Dolby Stereo came along, as well as the changeover from reel to reel, to big reels, to platters that ran the entire movie. “And now we’re in the digital age where things come on a thumb drive or are downloaded off a satellite!” Thornsley converted the Liberty Theater to digital projection in 2013. He says the digital revolution has made it much more cost-effective both to make and distribute films now (provided theatres could afford the expensive switch). Additionally, without compromising the original 300-seat theatre, Thornsley has carved a 29-seat theatre out of unused storefront adjacent to the lobby. That allows him to show limited runs of niche films like “I, Claude Monet” or the Royal Ballet’s Swan Lake performance – often to full houses. Today, with its natty façade and tantalizing marquee offerings, the Liberty presides over a charmingly revitalized downtown Camas. Marketing collaborations with the downtown association, hyper-local advertising, and an active social media presence have helped the Liberty Theatre become one of the highest grossing small-town theatres in the Pacific Northwest. What’s the draw of an old movie house? Thornsley ticks off the advantages the Liberty offers over a shopping center multiplex: the magic of being in a big, ornate space; the affordability for families with moderate incomes; the ability to program directly to the local community’s tastes and interests. And don’t forget the popcorn: no artificial ingredients – only quality corn, canola oil, sea salt, and real butter. “Our popcorn,” Thornsley promises, “is addictive.”
Publication Year:
2018
Author(s):
Barbara Lloyd McMichael 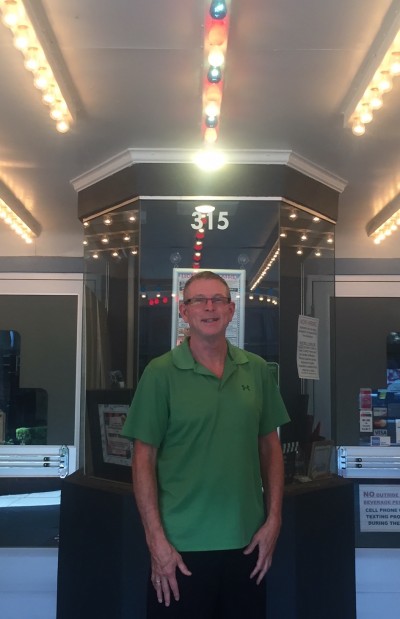