Learn To Be A Good Loser

Being a loser always hurts.

Being a good loser is only a detour on the way to ultimate victory.

Always, Americans have accepted the vote as the final arbiter.

With one exception, contending factions peacefully passed the reins of government to their foes.

Our Founding Fathers and their immediate successors knew all governmental bonds are fragile. So differing in outlook, they saw a constant need to strengthen those institutions, not tear them apart.

Today, there is a feeling abroad in the land that somehow our institutions are failing.

In the past we have, with one exception, solved many vexing issues by voting.

Yet today there is a “Resistance” to our last presidential election.

The American people are hurt when either party fails to accept the ballot verdict.

Throughout the nation’s history, when some group feels they have lost, they have regrouped and turned defeat into victory in future elections.

It is a lesson for life we should carry with us always.

I saw the wisdom of learning by losing from a class I taught 30 years ago.

Most don’t possess role models to help them navigate the world outside their home neighborhoods.

As an adjunct communications professor there I had the class participate in the national Dow Jones internship test. They were competing with Ivy League schools, national journalism programs, and other first-class colleges. The class was 40% Hispanic, 40% Black, and the rest Arab or Middle Eastern immigrant sons and daughters. But I pitched the test as the first step leading to career building internships and to see where they compared to these other schools.

The first test scores were terrible. Sharing the results with these kids was dismaying.

After passing them out and giving them moments to digest, I stood before them with little to say.

Much to my surprise, the toughest Hispanic shouted: “We’ll do better next time.”

The next time the test was given three students made the next round.

Since then; I often think of those kids. They were working, going to school, learning to succeed in a world different from their youth.

But what strikes me today is how people refuse to accept being good loser.

This nation has the longest period of peaceful political exchange of power in history.

Yet, it seems this political civility is breaking down.

President Trump won the 2016 election by the rules he and Hillary Clinton vied under.

Justice Brett Kavanaugh was confirmed by the rules set by Democratic leadership.

Like my Hispanic student, Democrats need to focus on the next Presidential election.

As this is being written, mid-term elections are being decided.

Which ever party wins the House the margin will be razor thing.

Best guess is that the majority party will have a three-vote margin.

So the nation will be fighting this mid-term election until the next vote cycle.

The passion expressed by both sides in these battles could drive us further down the slope of anarchy.

Before this happens, I want to share this story.

In the Richard Nixon landslide of 1972 a Republican Congressional candidate was unexpectedly defeated.  As it happened I was sent to do a story on him.

He sat alone after the election in his headquarters. He was almost in tears. I wrote the story and promptly forgot about him.

Five years later, in his hometown to write on a different politico, I encountered him on the main street.

Not remembering him, he stopped me. He was absently pushing a stroller back in forth as he reminded me of who he was.

Now a manager at a local manufacturing plant, I asked him if he was involved in politics.

He smiled and said no.

“I met a woman who was studying for the ministry.” He smiled. “She taught me there were other things in life.”

I reminded him of how strongly he was a fierce advocate and politician.

“It was all about winning and I lost sight of everything else.”

Reminding him what a strong campaigner he was, I reference how no one thought he could lose. This made him smile.

“You need passion in politics but you also need to understand it is just part of life,” he replied. “I thought I could never lose. When I did, over time my wife taught me to be a good loser.”

We parted on that street and I hadn’t thought of him for 30 years until the anger and passion of the Kavanaugh hearings reminded me of what he said.

Passion and winning are important but learning to be a good loser may be a lesson we are forgetting today. 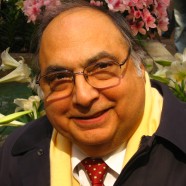 Donald P. Mazzella is COO Information Strategies, Inc., a company that helps business managers improve profits. He currently oversees a print and Internet publication network centered around Small Business Digest with more than 3.2 million opt-in small business readers and healthcare industry stakeholders.(www.smallbusinessdigestmag.com) Among its other publications is www.hsafinder.com, the premier site for Health Savings Accounts. As a reporter, he has covered national and international events. He has held senior-level positions at McGraw-Hill, Thomson, Essence Communications. Mr. Mazzella holds BA, MA and MBA degrees from NYU and has taught at that university as well as others. Mr. Mazzella has spoken at leading small business, print and