I was sixteen when I arrived with my parents to New York from Eastern Europe, via Italy. All our possessions filled two suitcases—we were not allowed to bring any money or jewelry with us. (Years later, I went for a vacation with my wife to Italy and the airline lost our luggage. I called up my mother and said to her jokingly, “Here I am again, back to having nothing just like when I was 16.”)

One of my first memories in the USA took place at JFK Airport. As I was leaving the terminal, I was approaching a glass door with a rubber mat in front of me.  I put my luggage on the mat and reached for the door to open. I did not realize that it was an automatic door which swung open without my assistance.  I have never seen a door like that before, but I was planning to design one. I thought to myself that there must be a lot of innovative people here who must be coming up with ideas. I wanted to be part of that world.

Once we were settled, I started going to high school (initially knowing only very rudimentary English), then to college, where I studied electrical engineering. After graduating, I worked as an engineer during the day and went to school at night, earning a master’s degree in engineering, then a law degree. Once I was a lawyer, I started working with companies and individuals to help them develop and protect new ideas. As a patent lawyer, I am doing what I was dreaming of when I was a child—being part of the world of smart inventors who come up with new inventions and discoveries, and having fun doing it. –Ted Weisz, partner, New York City law firm Gottlieb,  Rackman & Reisman, P.C. 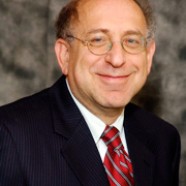