Fear Not!! Jeffrey Gurian is at it again! 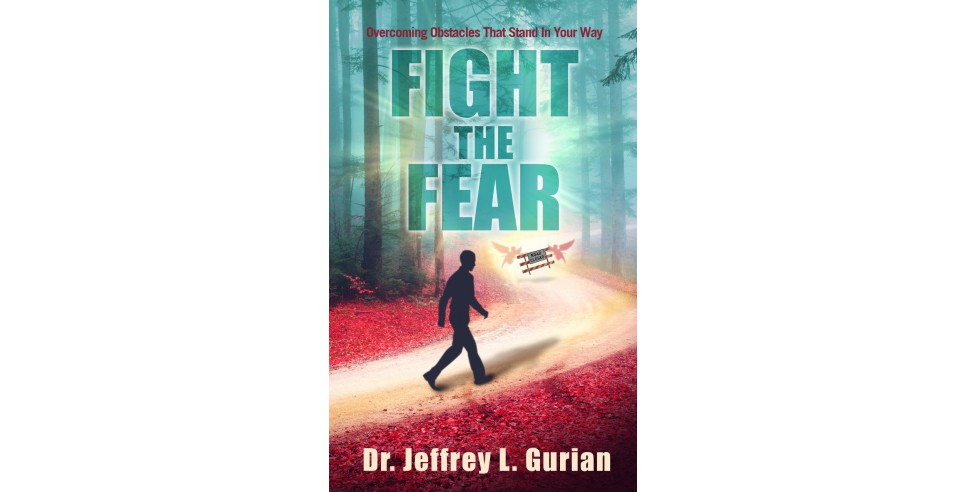 Jeffrey Gurian is a Dentist, a Comedian, an Author, and a Healer. As a comedian and comedy writer, he is one of the most well known fixtures in the comedy world. You’ve seen him in clubs, at most comedy festivals, and at red carpet events interviewing top-tier celebrities for his Comedy Matters TV channel. Aside from being a physician and an icon of the comedy world, he is also a gifted healer.

Jeffrey Gurian has often been described as the dentist who went into Comedy. The famed New York Post Gossip Columnist Cindy Adams once said, “Jeffrey Gurian makes people laugh to see if they have any teeth missing.”

With everything he pursues, Jeffrey Gurian has always focused on putting positive energy out into the universe. Now during this time when we are in the midst of a raging pandemic and deep political, economic and cultural turmoil, Jeffrey is intent on helping us to conquer our fear. And who knows about fear more than a seasoned dentist?

His latest book Fight The Fear: Overcoming Obstacles That Stand In Your Way (The Happiness Series Book 2) looks directly into the eye of the tiger: FEAR has tried to stop me from achieving my goals! How about you? Have you ever not done something because you were afraid to try?

Fear is an essential element of being a human being. It’s normal to be afraid of what we do not know or trust. It’s also normal to be deeply afraid of things, people and circumstances that can hurt us. Jeffrey Gurian’s latest book is exactly what we need during this surreal time of intense fear and loathing. Jeffrey shows us how warmth, compassion for one’s self, and a sharp sense of humor soothes our innermost fears. Most important: Jeffrey gives us the tools that we need to live and act courageously in spite of fear.

We interviewed Jeffrey Gurian in January, 2018 regarding the publication of his first book in his Happiness Series.  Healing Your Heart, By Changing Your Mind: A Spiritual and Humorous Approach To Achieving Happiness (The Happiness Series Book 1) Oct 14, 2017

Now more than ever, we need Jeffrey Gurian’s wisdom humor to guide us through a difficult and dark time in our culture.

People often refer to Jeffrey Gurian as a "Renaissance Man", because he's involved in so many things. He's a comedy writer, performer, director, author, producer, radio personality and doctor, and not always in that order. He's worked with and befriended many big stars and comedy legends, like Rodney Dangerfield, Joan Rivers, George Wallace, Phil Hartman, Richard Belzer, Jerry Lewis, and Andrew "Dice" Clay, among many others. Jeffrey has performed stand-up comedy at most of the big clubs in NY and L.A. and was featured several times on Comedy Central's hit Kroll Show with Nick Kroll, John Mulaney, Amy Poehler, Seth Rogen, Laura Dern and Katy Perry.

"The only thing I ever feared was going to the dentist, and Jeffrey cured me of that! Read this book!"

"Anyone remotely connected to the world of comedy knows and loves Jeffrey as a guy who loves comedy and loves life even more. It's a testament to him that I had no idea that he’s battled and overcome deep-seated fears.  We should all learn to appreciate our lives the way Jeffrey does his, and this book is a great way to start."

“We’ve all been held back in life by fear, which can manifest itself in many forms-- self-sabotage, confusion, procrastination, and fear of success, to name a few. Jeffrey Gurian knows what it’s like and bravely shares how he battled his own fears to become a doctor, best-selling author, comedy writer for big stars, performer, radio personality, and even more --he even overcame a severe stutter by developing his own cure! You, too, can overcome any fear to achieve your goals. Gurian’s brave and honest plan will show you the way. Bravo, Jeffrey, for helping so many overcome so much." FIGHT THE FEAR and change your life!”

"This man gets life, and understands human behavior. As I got to know Jeffrey, I began to understand how he got to this place of peace…despite FEAR. Jeffrey’s really figured it all out…and is now sharing the secret...Thank you Jeffrey!”

"Fight the Fear", by Jeffrey Gurian is the author's latest contribution to the inspirational self-help field. The author, a fellow therapist, comedian, former dentist, and professor, carefully explains how to fight fear and achieve your goals. This book chronicles his own battles with fear, stuttering, self-limiting thinking, and professional challenges, and even his two close brushes with death including a serious heart attack, and Covid double pneumonia.

Through inner strength and determination, he manages to overcome them all, pushing himself through each challenge, and in sharing with us how he did it, inspires us to do the same. This is an important book.

Fight The Fear: Overcoming Obstacles That Stand In Your Way (The Happiness Series Book 2) Aug 24, 2020 by Dr. Jeffrey L. Gurian

Healing your Heart (Book One)

Healing Your Heart, By Changing Your Mind: A Spiritual and Humorous Approach To Achieving Happiness (The Happiness Series Book 1) Oct 14, 2017