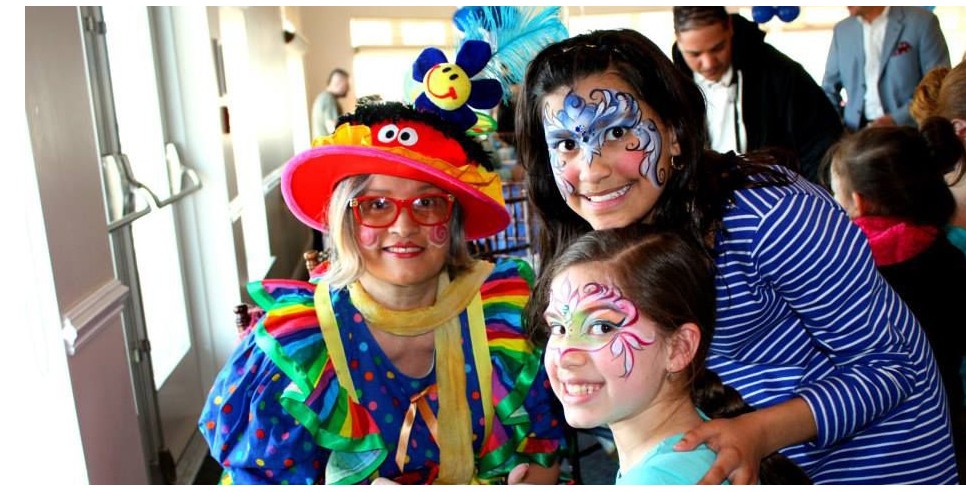 She was growing up in the 1960s, watching the classic TV clowns – Jackie Gleason, Art Carney, Milton Berle and especially Red Skelton. So she just naturally wanted to be one herself when she grew up.

Still, she pursued a more normal career. But the desire to dress up in outrageous outfits and make children happy never left. Thirty years ago Apryl put on the costume and made herself up, and began volunteering in local hospitals.

“And then,” she says, “people would get upset if you didn’t show up.” That led, inevitably, to her being invited to perform at children’s birthday parties. So, in a small way, at first, a childhood dream turned real.

Today she has a cadre of four performers, including her daughter and herself, and another 10 face-painters she’s trained to work parties and special events throughout the New York area from her home office in The Bronx – more than a hundred in the busy summer season.

Most of the people working for her are also from The Bronx. Often, she says, they make their first contact by coming up to her on the street. She’ll talk and invite them to a “jam” where they can try out.

These days, Apryl says, even people in other boroughs who don’t know her business by name, know her just the same. “They can be in Brooklyn,” she adds, “and someone will say, ‘Oh, this is beautiful face painting. This must be the group from The Bronx.’” 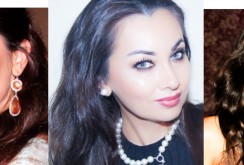